The Fascinating History Behind the Jackson Hole Antler Arches

Jackson is well-known for the famous antler arches that welcome visitors at all four corners of our Town Square. They are one of the most popular and most-photographed locations in Jackson! You may wonder how those arches came to find their home in the Square and if the antler arches are real. Here is the fascinating history behind the Jackson Hole Antler Arches.

Locals at the Jackson Hole Rotary Club decided to raise money for the new project that would grace our Town Square in Jackson Hole, and wanted to produce a project that would become an iconic part of Jackson Hole's atmosphere. They decided on an art installation that would become one of the most well-known features in Jackson Hole, and in 1953 the first antler arch was built. At the time there were plans for only one arch, but it instantly became such a hit with visitors, the fundraising continued. Over the next 13 years four more arches were added, one by one.

Where the antlers come from

Many visitors wonder if the antler arches are made with real antlers and yes, they are! Finding the antlers to build the arches isn’t as hard as you might think. Jackson Hole is home to one of the largest elk herds in the U.S. Just outside of town is the National Elk Refuge. Each winter thousands of elk make their home on the refuge and each spring the male elk shed their antlers before moving higher into the mountains. In late April each year, U.S. Fish and Wildlife incorporates the help of the Jackson District Boy Scouts to hike the 25,000-acre refuge to collect fallen racks of antlers. The antlers are then auctioned off during the Jackson Hole ElkFest around Town Square. The arches include antlers from the Refuge as well as antlers purchased from other areas in the U.S.

How the arches are built

An antler rack can weigh 5 to 10 pounds. Each is unique in length, shape, and the number of points or tines varies from antler to antler. There is a great deal of time and care placed into building each arch. The original arches had approximately 2,000 antlers intertwined, supported by a steel structure. Because antlers are made of bone, they naturally weather. In 2006, the Rotary Club began a new fundraiser to have all of the arches dismantled and new arches built, which happened between 2007 to 2013. Each arch contains close to 14,000 pounds of antlers! To see the complexity of each arch, watch this video documenting the final replacement of the arches.

The best time of year to see the arches

This is an easy one...anytime! Each season highlights the arches and the entire Town Square. In the spring and summer, the variety of trees in the Square make the perfect backdrop, especially the tall pines. Fall adds color as the temperatures become cooler and the leaves change. Winter is especially enchanting as the antler arches are adorned with thousands of lights and the tall pines and other trees are lit up as well.

Spend time in downtown Jackson and take your photo under the famous antler arches! 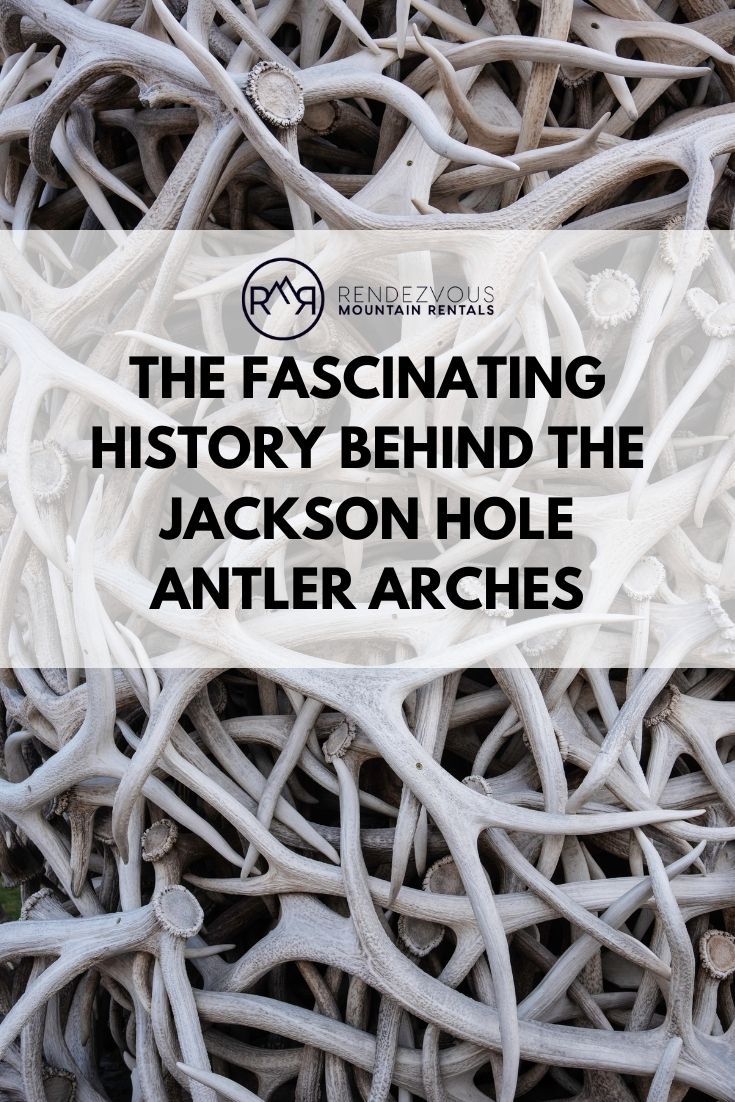