Grand Teton National Park is located in Jackson Hole’s backyard. It is named after the Grand Teton, the largest peak in the Teton Range. French-speaking trappers named the mountains "Les Trois Tetons," which was later shortened to The Tetons. The youngest range in the Rocky Mountains, the Tetons rise almost 7,000 feet above Jackson Hole. 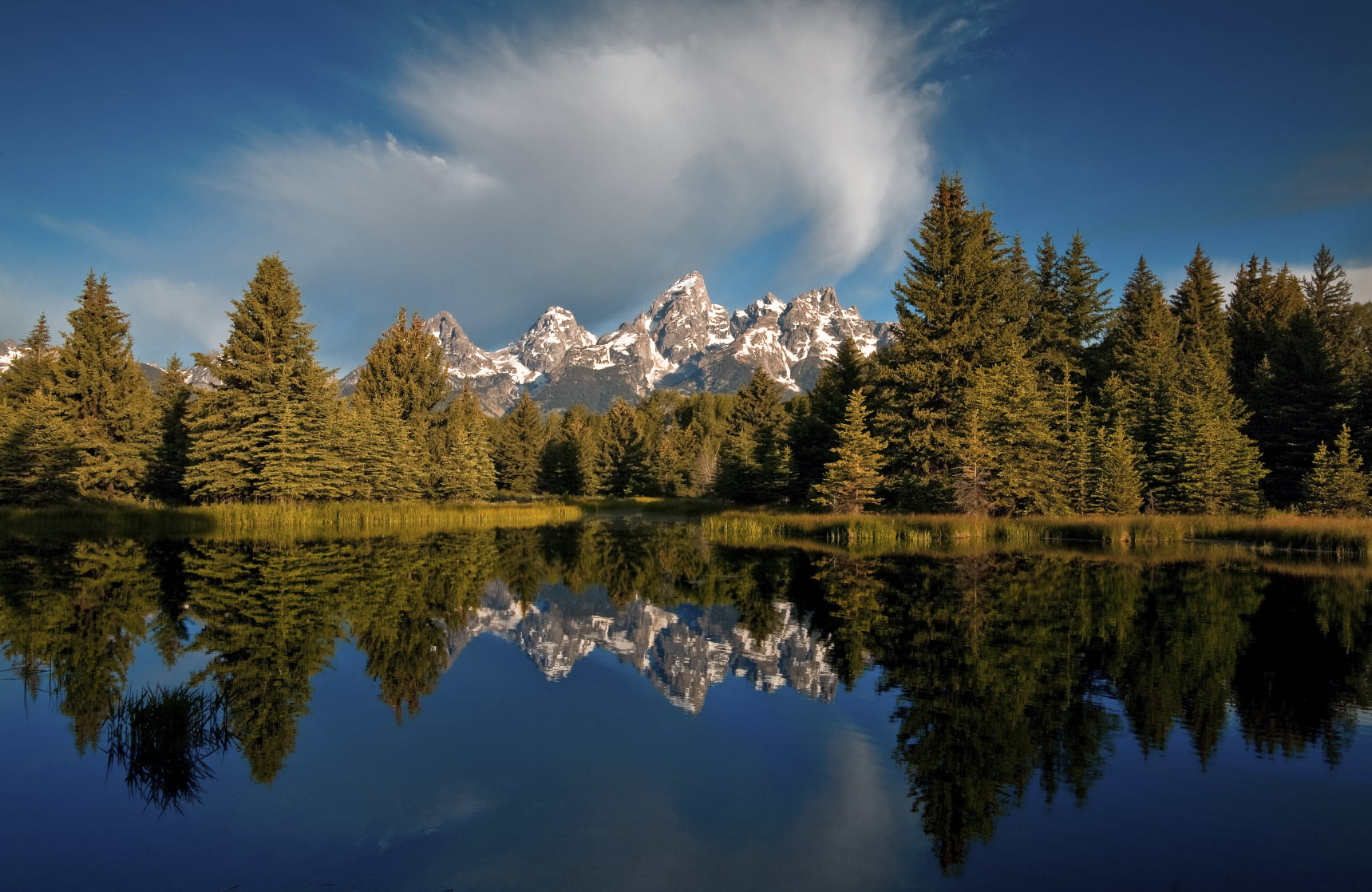 Grand Teton National Park has become very popular for its abundant mountaineering and hiking opportunities. The park has several beautiful lakes and streams as well. The well known Snake River is noted for world renowned trout fishing. The park is one of the few places to catch the Snake River Fine Spotted Cutthroat Trout. Visiting Grand Teton National Park is an easy half or full day trip from the Town of Jackson, and offers an endless variety of adventures for young and old alike. 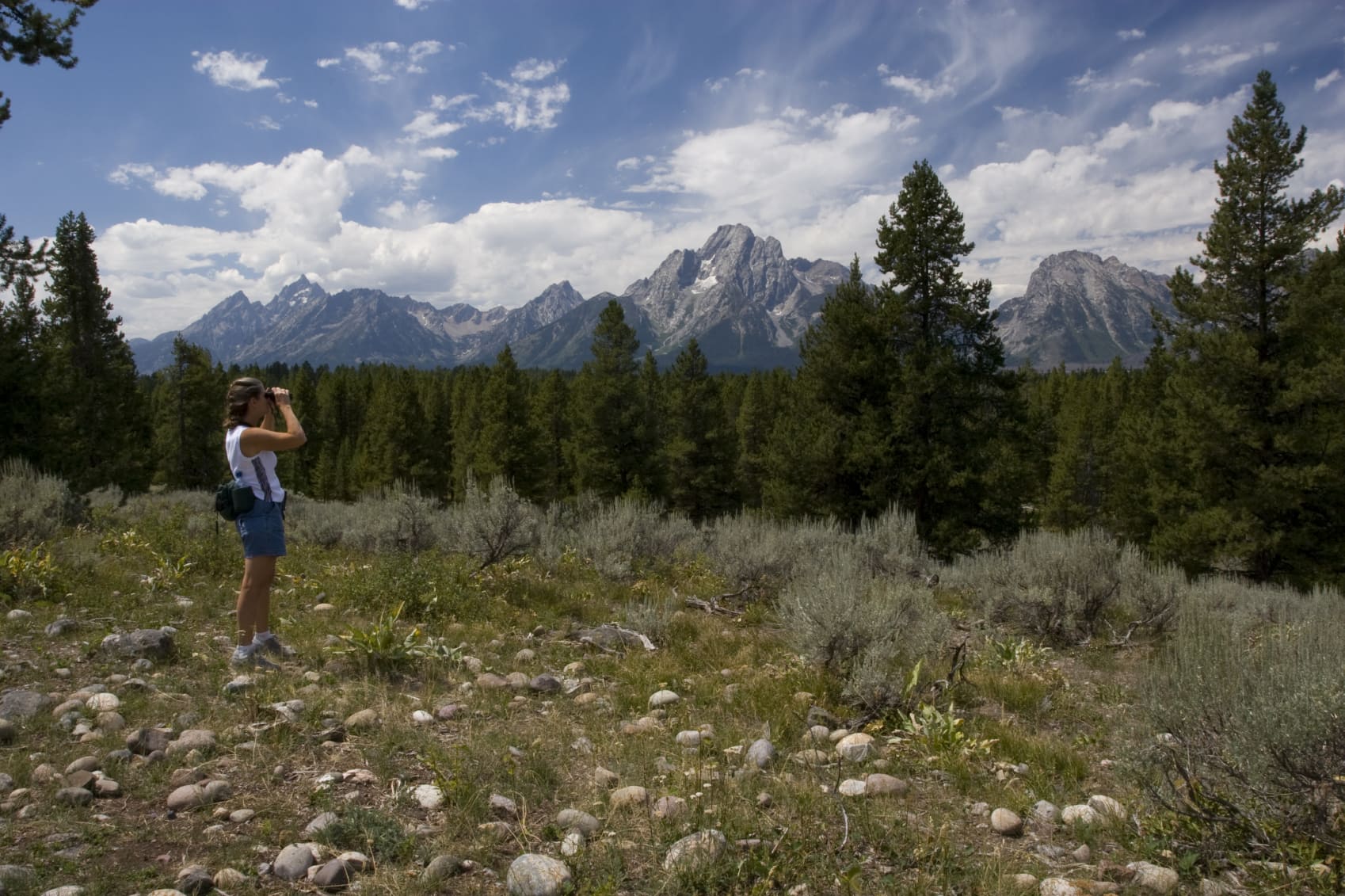 There are many breathtaking hikes in Grand Teton National Park. Here, a hiker has views of the Teton Mountain Range. 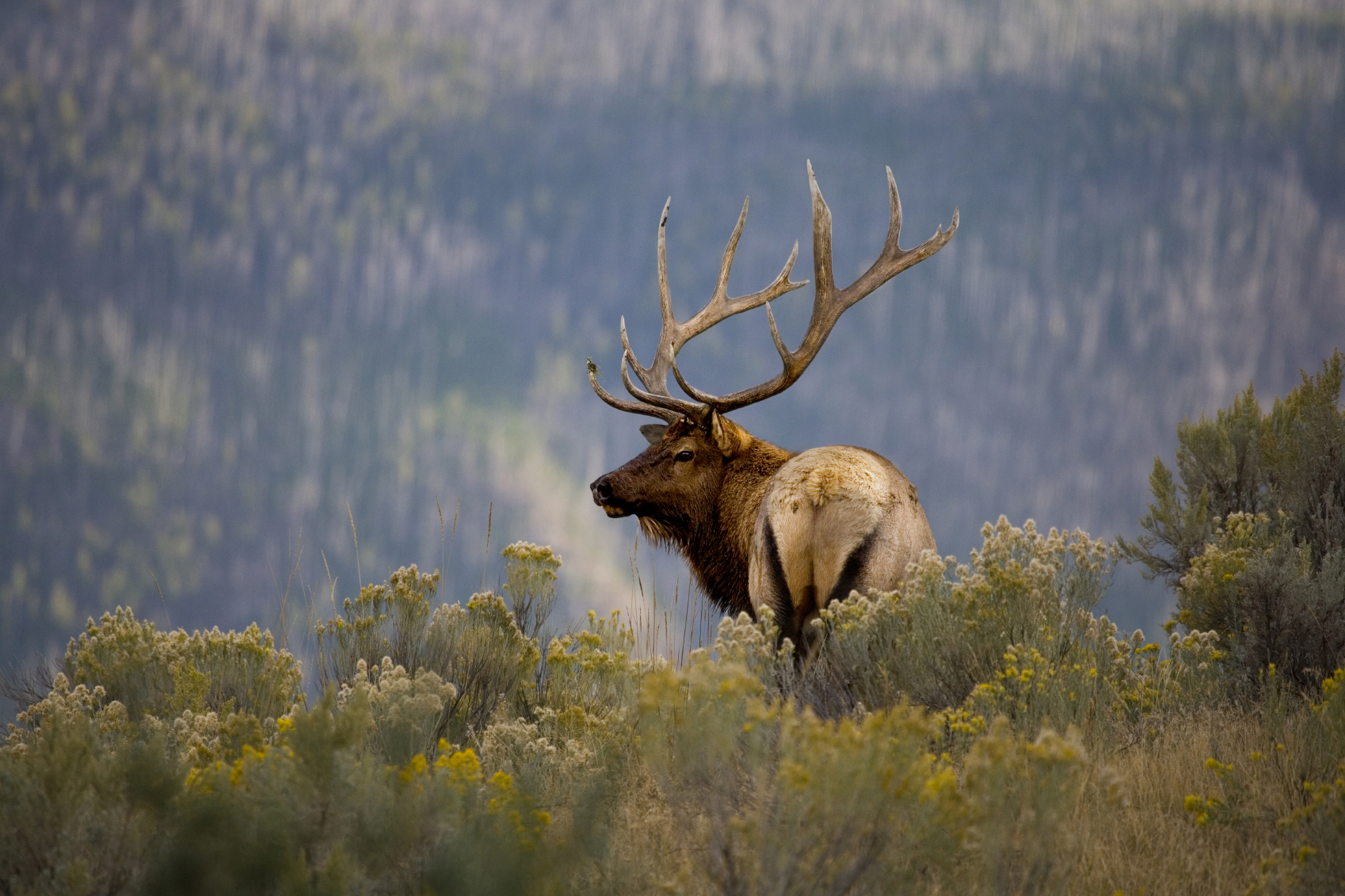 Grand Teton National has an abundance of wildlife. Pictured: a bull elk in the fall.

Annual Pass (For both Grand Teton and Yellowstone National Parks): $60 per year, per vehicle

7-Day Permit (For both Grand Teton and Yellowstone National Parks): $30 per vehicle. $25 per motorcycle. $15 per person (hiker or cyclist).

Pathway (Per-Person Entry): $15 for a 7-day permit. Passes are required on the pathway and are available for puchase at the Automated Fee Station adjacent to the Moose Entrance Station. If you have previously purchased a pass, please carry it with you while on the Pathway.